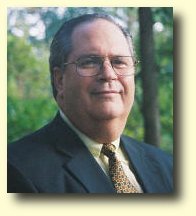 Michael was raised in the Conservative Synagogue, B’nai Israel, in Pensacola, Florida. He always had a strong Jewish identity. In the Boy Scouts of America he received the Ner Tamid award given to Jewish scouts who complete the requirements. In high school he was president of the BBYO chapter, a part of the Cotton States region in district 7. In college he served as president of the Masada chapter at the University of Houston. Masada is the college youth arm of the Zionist Organization of America. In 1976 Michael and Ann were married in Houston by a rabbi from Port Arthur, TX.

In 1982, Michael and his wife Ann were immersed in the Mikvah (Baptized) after the Messianic Jewish service at Ohev Yisrael. Theirr daughters have a firm foundation in Messianic Judaism and understand the value of being connected to the recognizably Jewish part of the body of the Messiah. They served as deacons at Ohev Yisrael for about 8 years. Then in 1997, just before Yom Kippur they founded Shomair Yisrael Messianic Jewish Congregation in Knoxville, TN. It means Watchmen (or guardian) of Israel. They were amazed at the growth, both in numbers and in community. The Lord brought the most wonderful people to serve Him with them.

Sadly, Michael’s wife of 42 years, Ann, passed away after a long illness in January of 2018. Following a season of healing Michael reports he is blessed to love again. Jan Strous and Michael were married on March 23, 2020. Jan has served as a Bible teacher and leader in the East Tennessee region for the last 18 years. Now, Jan and Michael will work together in the kingdom of God to bless His community at Shomair Yisrael and beyond.