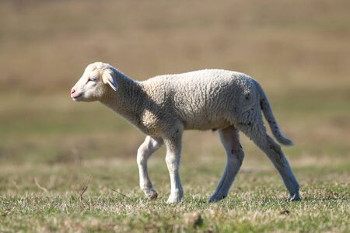 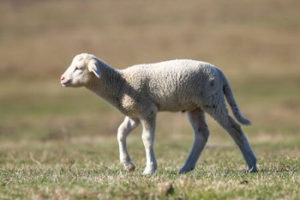 There are also many chapters of Scripture that prophesy the suffering Servant, the Sacrifice Lamb. For example … Isaiah 11:1, Micah 5:2, Isaiah 7:14, Psalm 2:7, Isaiah 42:1-4, Psalm 22:16 and many more. But the quintessential “Suffering Servant” prophesy is the entire chapter of Isaiah 53.

Isaiah 53:9 His grave was given with the wicked, and by a rich man in His death, though He had done no violence, nor was there any deceit in His mouth.

Yeshua was perfectly innocent, not only of any and all of the charges against Him, but of any possible additional charge not made contemporaneously, but perhaps thought of later. 2 Corinthians 5:21 He made the One who knew no sin to become a sin offering on our behalf, so that in Him we might become the righteousness of God.

Rabbi Trail: I’ve been watching the dramatic series of episodes on the ministry of Yeshua called, The Chosen. I am struck by the number of times the Pharisees accuse Yeshua of violating the Shabbat. Of course, Yeshua healed on Shabbat. Also, His Apostles (students) picked grain and ate on Shabbat. (But the chief complaint in Scripture is that they didn’t ritually wash their hands before eating.) This reminds me of the verse … Matthew 23:24 O blind guides, straining out a gnat while swallowing a camel! Read the context. There are 7 “Woes” spoken to the Pharisees in Matthew 23. We also must be careful not to fall into the same pattern of blindness. End RT.

When Abraham took Isaac to Mount Moriah, there was a substitute for his only begotten son, Isaac, the ram caught in the thicket. Galatians 4:4-5 But when the fullness of time came, God sent out His Son, born of a woman and born under law – to free those under law, so we might receive adoption as sons. There could be no substitute for Yeshua. So, we see in the next verse of Isaiah 53 that it “pleased God to bruise Him.”

Isaiah 53:10a Yet it pleased Adonai to bruise Him. He caused Him to suffer.

Rabbi Trail: Traditionally, the rabbis have dismissed the idea that there could be a substitutionary sacrifice for sin. They dismiss the idea that someone else could die in our place. They refer to that as a “Christian concept.” They must have forgotten that the entire sacrificial system is based on the idea of substitutionary death. End RT.

The week before last, from Palm Sunday to Resurrection Sunday is called “Holy Week.” It commemorates the week from Yeshua’s triumphal entry into Jerusalem (riding on a donkey) until (only 8 days later) Yeshua rose from the dead, conquering death, unto eternal life (both for Himself and for us together with Him). 1 Corinthians 15:54-55 But when this corruptible will have put on incorruptibility and this mortal will have put on immortality, then shall come to pass the saying that is written: “Death is swallowed up in victory. Where, O Death, is your victory? Where, O Death, is your sting?”