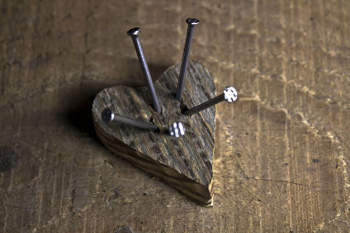 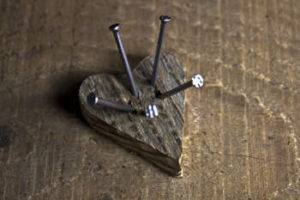 Isaiah 53:11 As a result of the anguish of His soul He will see it and be satisfied by His knowledge. The Righteous One, My Servant will make many righteous and He will bear their iniquities.

Rabbi Trail: I used to subscribe to a blog called “WAYMISH” (Why Are You Making It So Hard?). Their website still exists: waymish.com. The four authors have written a book by that title, now in its fourth edition. It highlights the many ways businesses make it hard for customers to do business with them.

What made me think of it here is how hard it is to fully understand this one verse of Scripture. Yet it isn’t really hard at all, just obscure given the limitations of language. Poetry says in a few words what a novelist says in hundreds of pages. Please pray that Jewish people will see the plain truth and believe. End RT.

The rabbis read this verse and put themselves in the middle. They think the suffering servant is not a person, but the persecuted people of Israel. And they are right, Jewish people have suffered, but they’re also wrong because the meaning of the entire verse doesn’t fit into their wrong understanding.

They read, “The Righteous One, My Servant,” and think it’s all about them. But the question must be asked, “How could the Jewish people ever ‘bear (carry the weighty burden) their (the many people who are made righteous) iniquities (sin)?”

If we return briefly to Isaiah 53:1 Who has believed our report? To whom is the arm of Adonai revealed? Is this a message to Israel or about Israel? Does Israel need to “believe our report,” or is Israel the “arm of Adonai?” Isaiah had a message FOR the children of Israel. It was a prophetic message to call God’s people to attention so they would see the provision of God through his Son to take away the sins of the world.

Luke 19:41-42 As He drew near and saw Jerusalem, He wept over her, saying, “If only you had recognized this day the things that lead to shalom! But now they are hidden from your eyes.”

The Amplified Version indicates that Yeshua was crying over the spiritual ignorance of the people. This next verse goes on to describe the inhabitants of Jerusalem missing the things on which Shalom depends.

Let’s pray in agreement with the Lord … Isaiah 42:6-7 I, Adonai, called You in righteousness, I will take hold of Your hand, I will keep You and give You as a covenant to the people, as a light to the nations, by opening blind eyes, bringing prisoners out of the dungeon, and those sitting in darkness out of the prison house. Yeshua is given as a covenant to the people. He is a light to the nations, but also a light to those of His own people who are blind prisoners.