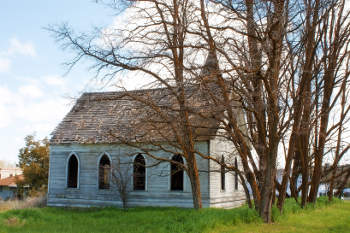 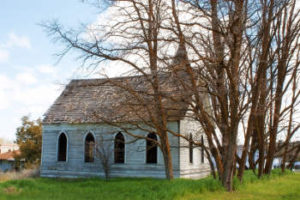 Our memory verse a few weeks ago was Psalm 23. The entire congregation was charged with memorizing and reciting the entire Psalm at the start of the service on Shabbat. Psalms 22, 23 and 24 actually form a trilogy. They are all prophetic of Messiah Yeshua, past (first coming), present (current ministry, Psalm 23:1a The Lord is my Shepherd) and future (second coming as reigning King, Psalm 24:7b that the King of glory may come in) respectively.

In Hebrew, the letters are also the numbers. The number 22 is made of two letters, Kaf (20) & Bet (2). When those letters are put together, they also form a word, Kav which means pain or ache (in the real Hebrew word there is an aleph (1) in the middle, but the rabbis have the plus or minus one rule). Do you see how the 22nd Psalm describes Yeshua’s pain and suffering on the cross?

Psalm 22:2 My God, my God, why have You forsaken me? Distant from my salvation are the words of my groaning.

Yeshua actually quoted the first part of this verse from the cross. Matthew 27:46 About the ninth hour Yeshua cried out with a loud voice, saying, “Eli, Eli, lema sabachthani?” that is, “My God, My God, why have You abandoned Me?” They almost got the Hebrew correct. The better transliteration would be, “Eli, Eli, Lamah Azavtani?” I give them (King James translators) an “A” for effort.

What follows is very descriptive of the painful death of crucifixion. Psalm 22:7 Am I a worm, and not a man? Am I a scorn of men, despised by people? From this verse we get “worm” theology. Ask someone, “How are you?” When they answer, “I’m just a sinner, saved by grace,” that’s worm theology. Don’t build your theology out of one verse. Philippians 4:13 I can do all things through Messiah who strengthens me.

Psalm 22:8-9 All who see me mock me. They curl their lips, shaking their heads: “Rely on Adonai! Let Him deliver him! Let Him rescue him – since he delights in Him!”

This was confirmed in all of the gospel accounts. Matthew 27:39-40 Those passing by were jeering at Him, shaking their heads and saying, “You who are going to destroy the Temple and rebuild it in three days, save Yourself! If you are Ben-Elohim, come down from the stake!”

Of course, the rabbis believe this was part of the conspiracy theory. Medical students are taught to believe the obvious. If the patient is sitting up and talking to you, even if you can’t get a pulse, they are very likely alive. Why not just believe that Yeshua is the promised Savior?

After 22 verses (There is a numbering difference in the Christian Bible. The Jewish Bible has one more verse as it splits the first verse into two) the Psalm takes a turn. And why not, since there are 22 letters in the Hebrew alphabet. The “turn” ties the crucifixion to the rest of Yeshua’s ministry.

Psalm 22:23 I will declare Your Name to my brothers. I will praise You amid the congregation.

God loves you! So much, that He willingly suffered for you. I had a man call me yesterday to ask if God had cursed him. 1 John 4:16b God is love. Even His curse is love motivated. 1 Corinthians 13:13 But now these three remain – faith, hope, and love. And the greatest of these is love. Love will remain even beyond faith and hope. Give thanks for His never ending love.