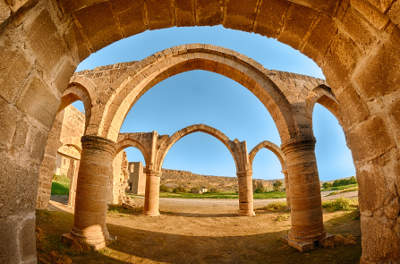 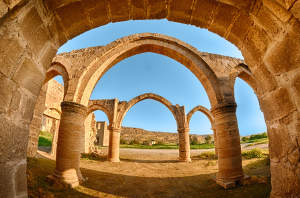 What is the gospel?  Dr Juster suggests that there is much confusion about the gospel: what it is, what it means and when it applies or is to be seen.  The modern evangelical world has shrunk the gospel away from its original biblical breadth and depth to focus on a very tight personal message of salvation: believe in Jesus and go to heaven.  This sees the gospel as the means of escape from the certain eternal punishment due to all mankind because of original sin (think: Romans 3:23, 6:23) because of the atonement won at the cross.  Sinners can repent of their sins, say the sinner’s prayer, trust in Jesus and be assured of their place in heaven for eternity.

This picture is, thank goodness, confounded by the gospel texts themselves.  Matthew, for example, is very clear that Yeshua taught about the gospel from the beginning of His ministry: “And He went throughout all Galilee, teaching in their synagogues and proclaiming the gospel of the kingdom and healing every disease and every affliction among the people” (Matthew 4:23).  Mark records that “after John was arrested, Yeshua came into Galilee, proclaiming the gospel of God, and saying, ‘The time is fulfilled, and the kingdom of God is at hand; repent and believe in the gospel’” (Mark 1:14-15).  This shows us that the gospel is defined by something other than the cross, important though that is, that must have had significance to Yeshua’s first followers and audience.

It is Matthew’s phrase “the gospel of the kingdom” that tells us what Yeshua was teaching.  Notice that Yeshua’s first message, like John the Baptist before Him, was “Repent for the kingdom of heaven is at hand” (Matthew  3:2 and  4:17).  Dr Juster points out that the words “‘at hand’ is aHebrew euphemism which means available  to you. In Yeshua, the Kingdom of God had come in a way that it could be embraced and entered into. The life, ministry, and teachings of Yeshua were an exposition of the meaning of the Kingdom that was now available.”

God was (and still is) inviting people to enter His kingdom.  This means coming under His authority, protection and provision.  By accepting His invitation, we become part of God’s eternal covenant family and joint inheritors of His blessings.  We also come under His discipline and are responsible for promulgating and advancing the kingdom as He directs.  Strictly, the Jewish people are already part of the kingdom of God, but their membership can be thought of as lapsed.  This is why Paul speaks of them as natural branches but broken of because of disbelief.  Yeshua’s original audience understood about the kingdom and so had only to repent and restore their relationship with God, whereas Gentile audiences needed to hear about the One True God and enter the covenant from outside, as wild branches.

“Where is the kingdom of heaven?” Dr Juster asks.  Yeshua’s ministry, as recorded by the gospels, “needed to show that the Kingdom really had appeared and was available, even though its final fullness, established over all the earth, would await a future intervention.”  The kingdom of God is wherever the rule and authority of God are established.  “Yeshua comes with the power to establish his rule, beginning with his rule in our hearts. All the dimensions of Yeshua’s ministry show the reality of the Kingdom He offers.”  Even the crucifixion and resurrection were demonstrations of the kingdom that proclaimed for all time the victory of the kingdom over God’s enemies, including sin and death.

Dr Juster summarises: “The message of the Good News is that the Kingdom of God is available. If we come to the Father on the basis of the death and resurrection of Yeshua, our sins are forgiven, and we enter the Kingdom of God. The Kingdom message is the promise that God will put all things in our lives into right order – Kingdom order – Torah in the  New Covenant.”    Yeshua taught his disciples (and the crowd who had come to listen), “Seek first the kingdom of God and His righteousness” (Matthew 6:33).  When we work within kingdom order, proclaiming and living out Yeshua as Lord and Saviour, making this priority for our lives, then everything else – including the forgiveness of sin and eternal life (because the kingdom is eternal) – becomes ours.

As Dr Juster concludes, “This presentation of the Good News is most relevant to Jewish people who ask: ‘If Yeshua is the Messiah, then why is the world such a mess?’ The answer is that it is not a mess everywhere; it is in order where the Kingdom has been embraced. Like Nathaniel, we are given an invitation to come and see (John 2).  Our families, congregations, work places, modes of education, power demonstrations, and more, show that the Kingdom has come and is available.”

Let us embrace the gospel of the kingdom and establish it at the first of the twelve pillars.