Your Righteousness … part 6 of 6 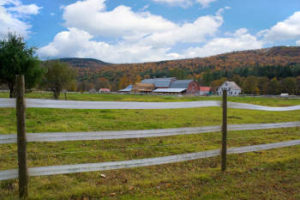 Matthew 5:20 For I tell you that unless your righteousness exceeds that of the Pharisees and Torah scholars, you shall never enter the kingdom of heaven!

Yeshua is making a statement. His intent is to point out how futile it is to even attempt to “enter the kingdom of heaven” on the basis of “your righteousness.” The Pharisees and Torah scholars live a challenging life. Their brand of Judaism has many requirements that are little known to the outside world, but are known (somewhat) within larger Jewish circles.

Rabbi Trail: Don’t miss this … According to this verse, Pharisees and Torah scholars “shall never enter the kingdom of heaven,” because it would take more righteousness than theirs to do so. End RT.

Pharisaic Judaism is works (performance) based. Its tenets require the performance of the commandments at a higher level than the Scriptural Commandments themselves demand. Let me explain. God’s commandments give us boundaries. There are lines or fences that may not be crossed. Pharisaic Judaism says in effect, “Let’s create fences within God’s fences, so people won’t even come close to crossing one of God’s fences.”

There are two points I want to make here. First, the rabbis know, and they all agree, that if you ever break a commandment (even once) it is as if you never kept any commandment ever. Pharisaic Judaism is a “zero tolerance” proposition. If you ever eat non-kosher food, it is as if you have never eaten anything but non-kosher food. This in itself is an impossible standard. The Bible itself agrees, any sin separates us from God.

Isaiah 59:2 Rather, your iniquities have made a separation between you and your God. Your sins have hidden His face from you, so that He does not hear.

Secondly, many of the rabbinic rules (fences within fences) are onerous. Let me give you just three quick examples. Don’t “carry” a handkerchief in your pocket on Shabbat, because that’s “work.” Don’t tear toilet paper on Shabbat because that’s “work.” (Plus you’re making two pieces out of one, thus creating.) And one more … unscrew the light in your refrigerator before Shabbat because if you open the door on Shabbat and the light comes on you’re making fire in the bulb and creating light on Shabbat.

Rabbi’s Note: You can, however, put your lamps on automatic timers. There are many more. It’s not easy to be that brand of Judaism. Yeshua seemed to agree …

Luke 11:46 Then Yeshua said, “Woe to you Torah lawyers as well, for you weigh the people down with burdens hard to carry, yet you yourselves will not touch the burdens with even a finger.

The problem with any kind of a works oriented salvation is what I call “the cut off.” There has to be a cut off between those who get in and those who are kept out. What is the dividing line? What would be an acceptable level of sin and what would be unacceptable? I think I’ve made the case … WE NEED GRACE!

Paul took exception to the approach of the Galatians. Galatians 3:1a,3 O foolish Galatians, who cast a spell on you? … Are you so foolish? After beginning with the Ruach, will you now reach the goal in the flesh?

“The flesh” is euphemistic for “works.” We can never perform our way into God’s good graces. Why? Because He already knows the truth. Have you ever heard the old adage, “What you do speaks so loudly, I can’t hear what you say.”

In the coming verses, which we will study in future weeks, Yeshua, Himself, is going to move the bar. We will learn that even thinking about sin is committing sin. If that’s not enough, there’s the commandment to “love your enemies.” Yeshua is showing us His righteous standard. Give thanks to God for His grace.