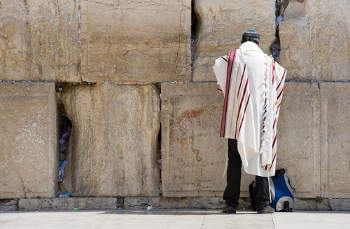 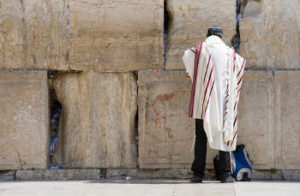 Rabbi Trail The 10th of Tevet is the date of the Fast of Tevet. It is called in Scripture the Fast of the Tenth Month. What’s all this about? Let me explain. First, it is a minor fast, (Only from sun up to sundown. Major fasts are from sundown to sundown.) and it is mentioned in the Book of Ezekiel.

Ezekiel 24:1-2 The word of Adonai came to me in the tenth day of the tenth month of the ninth year saying: “Son of man, record this date, this exact day – this very day the king of Babylon has laid siege to Jerusalem.”

We fast because Ezekiel records the beginning of the end. The siege of Jerusalem will culminate with the destruction of Solomon’s Temple about 7 months later on Tisha B’Av. The book of Zechariah refers to this fast of the 10th month, but with a promise to turn it (and the other fasts) into joyous celebrations.

Zechariah 8 says something that made me want to write on what we call in Hebrew, Kavenah (intentionality). Zechariah 8:17b “Do not love false oaths, for I hate all these things” – it is a declaration of Adonai. End RT.

Ani Mitkaven (I Really Mean It)

The Hebrew word, Mitkaven is derived from the same word as Kavenah. It means purpose or intention. Personally, I believe our English word “covenant” comes from the same derivation. It could be that witches has also hijacked that word to describe their gathering group, “coven.”

The rabbis use the word Kavenah to describe how we should pray. We should pray with “intentionality.” In other words, mean what you say. For the rabbis, prayer is always the same. Jewish people pray only from the prayer book (called a Siddur). These are classic prayers adopted long ago by our sages to model Temple worship. The name of the prayer book, Siddur, comes from the same shoresh (root) as Seder. It means “order.” A Siddur gives the “order” of prayer.

When we pray the same exact words all the time, it is easy to say them out of rote habit. Our minds can wander while praying the same classical prayers to God. The Bible warns us against such “vain repetition.” Yeshua, Himself, just before sharing the Lord’s Prayer, says … Matthew 6:7a And in praying use not vain repetitions.

The Bible instructs us to speak truth to one another. Zechariah 8:16a These are the things that you are to do: speak the truth one to another. Prayer is speaking to God. Shouldn’t we speak truth to God also? If we don’t mean what we say, isn’t that something other than the truth? There is a tendency in Messianic faith to focus on what we know and not on what we do. Let’s avoid that and speak the truth to God and man, and then do it too.

2 Timothy 2:15 Make every effort to present yourself before God as tried and true, as an unashamed worker cutting a straight path with the word of truth.