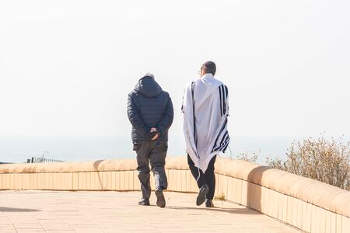 I remember, it was 1996 when the Southern Baptist Convention (SBC) announced it was making a concerted effort for Jewish evangelism. I found this on the web: www.sbc.net/resource-library/resolutions/resolution-on-jewish-evangelism/ It’s been more than 25 years since that resolution passed. I wonder if there are any lasting benefits. Are there even remnants of the sentiment that led to the passing of such a resolution?

Rabbi Trail: My dear mother, Shirley Weiner, zt’l (of blessed memory) passed away more than 5 years ago. In 1985, when she learned of my coming to faith, she tried to talk me out of it, begging me to return to my people. I told her, “Mom, I never left.” She eventually grew to respect my convictions although she never came to faith herself (as far as I know). End RT.

I do remember two related incidents from 1996. First, when the passing of the resolution hit the paper, my mother called me all upset. “Did you know the Southern Baptists want to evangelize the Jews? I read about it in the newspaper,” she asked me over the phone. I answered with my own question, “Is that really news? Baptists always want to evangelize everyone.” Her concern was unjustified.

Rabbi Trail: There are anti-missionary organizations that prey on Jewish communities. They say things like, “Christians are coming for your children.” They use scare tactics to raise money for themselves (I mean their “cause”). They make us out to be better at evangelizing than we really are. We should only be as effective as they say. End RT.

The other incident was that the SBC scheduled a conference on Jewish evangelism at their headquarters in Nashville. My family and a few other folks from Knoxville made the short trip to attend. They had Paul Wilbur scheduled to minister at the final meeting on Saturday night. Paul was there, but there were only about a dozen other people. The “conference” was held in a boardroom. Paul was at the head of the table with his guitar, ministering as if he were in front of thousands, although without a sound system.

Rabbi Trail: Of the few people who were there, I remember a couple of people who were pretending to be Jews. Have you ever noticed how easy it is for a woman to tell when a man is dressing up as a woman? Well, a Jewish person can tell another Jewish person. Impersonators are easily identified. End RT.

All of this writing, and not a single scripture? How unusual! Jeremiah wrote this long ago, but it is still true today. Jeremiah 18:15 Yet My people have forgotten Me. They burn incense to a delusion and stumble in their ways – off the ancient paths – to walk on side-tracks, rather than a built-up highway. Jewish people without Yeshua may think they are on the ancient path, but they are lost.

Evangelism is wrapped up with the great commission. “Go and make disciples” means that salvation is only the beginning. Don’t know any Jewish people? We (Jewish people) are everywhere. Just ask the Lord to lead you. Jewish people are only an online search away. With today’s social media, it has never been easier to meet people. Need inspiration? Go here … jewishknoxville.org. That link will take you to the organized Jewish community of Knoxville, but there are more unconnected Jewish people in Knoxville than connected. Ask the Lord to lead you.

I want to challenge me (and you too), to pray over this subject of Jewish evangelism, not once in while, but every day from now until Pesach. That’s 25 days of prayer, as the Lord leads, for God’s plan to use you in Jewish evangelism. Be Yeshua’s ambassador to the children of Israel. Walk in your calling, for such a time as this.