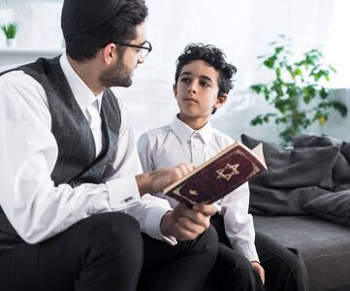 I had not originally intended to extend yesterday’s piece on Jewish evangelism, but now I am. (I told my family once, “I’m old and I can do what I want to.”) I have something more for tomorrow as well. Several of you shared your thoughts on the previous post. I’m glad you’re reading and hope you continue to be engaged on this topic.

Raymond Finney recently quoted this verse … Revelation 7:4 Now I heard the number of those marked with the seal: 144,000 from every tribe of Bnei-Yisrael. That’s right, 12,000 Jewish people from each of the 12 tribes, each “marked with a seal.” That “seal” is the seal of ownership, like the seal of a royal signet ring. These are 144,000 Jewish people who belong to God. Now we have a conundrum. Where do the 144,000 come from? Paul is seeking to address that question …

Some might want to answer, “God is God and He can easily make something out of nothing. If God wants 144,000 Jews, ‘poof’ there are 144,000 Jews.” But generally, God has not moved in that way throughout history. Noah had to build the Ark. Moses had to lead the people. Yeshua had to die on the cross. And we have the great commission.

Let’s change gears for a moment and make this even more practical. We will come back to this other topic later, but probably not today. Yeshua, Himself, addressed the problem presented by Jewish evangelism.

John 5:46-47 For if you were believing Moses, you would believe Me – because he wrote about Me. But since you do not believe his writings, how will you believe My words?

The biggest problem with Jewish evangelism today is that, by and large, Jewish people do not believe Moses. Most Jewish people don’t even know the Torah, much less believe it. Where does Moses write about Yeshua?

Deuteronomy 18:15,18-19 Adonai your God will raise up for you a prophet like me from your midst – from your brothers. To him you must listen … I will raise up a prophet like you for them from among their brothers. I will put My words in his mouth, and he will speak to them all that I command him. Now whoever does not listen to My words that this prophet speaks in My Name, I Myself will call him to account.

Moses spoke with God face to face (in apparent speech), but only in dreams and visions to other prophets. Numbers 12:6-8a “Hear now My words!” He said. “When there is a prophet of Adonai, I reveal Myself in a vision, I speak to him in a dream. Not so with My servant Moses. In all My house, he is faithful. I speak with him face to face, plainly and not in riddles. He even looks at the form of Adonai! The rabbis want to make this about Joshua (who succeeded Moses), but it is about Yeshua of Nazareth, not the similarly named Yehoshua son of Nun.

My “take-away” from all of this? Two thoughts: First, the decision to follow Yeshua is made at the heart level (not by reason of the mind). Secondly, we must engage Jewish people by asking questions about their level of faith in Moses, which may be small. Where do we go from here? Again, I have more questions than answers. Maybe start here … ask yourself, “Why do I believe what I believe?” Then take the challenge to prove the Bible is true.