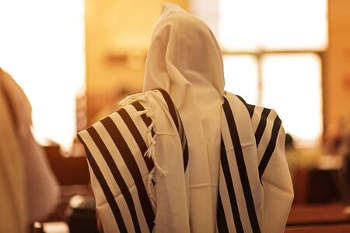 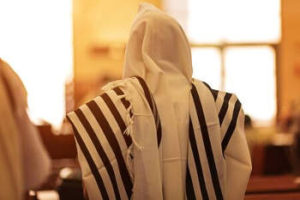 The Arm of the Lord

How long will I write about Jewish evangelism without mentioning Isaiah 53? No longer … Isaiah 53:1 Who has believed our report? To whom is the arm of Adonai revealed? Go ahead, ask any rabbi, “Who is this about?” The usual answer, “I don’t know, but it isn’t Jesus.” But that doesn’t answer the question. There is One Who is called throughout Scripture “the Arm of the Lord.”

A quick internet search of the term “Arm of the Lord” returned 7 million hits in about 1/2 a second. With 7 million hits, someone should know the answer. For starters, why don’t we look back one chapter to Isaiah 52? This is called context.

Isaiah 52:10 Adonai has bared His holy arm before the eyes of all the nations. All the ends of the earth will see the salvation of our God. Yes, the world will see. The clear direct object of the verse is Yeshuat Eloheinu, mentioning Yeshua by name (the preposition “of” is not in the Hebrew).

On the traditional Seder plate there is a lamb shank bone called the Z’roah. This arm of lamb bone represents the lamb that was slain on Erev Pesach. 1,500 years later, there was another Lamb that was slain on Erev Pesach. John 1:29 The next day, John sees Yeshua coming to him and says, “Behold, the Lamb of God who takes away the sin of the world!

The Hebrew word for “arm” is Z’roah. It is related etymologically to the Hebrew word for “seed” which is Zerah. Hear what God says to Satan after the fall … Genesis 3:15 I will put animosity between you and the woman – between your seed and her seed. He will crush your head, and you will crush his heel. But women don’t have seed, that is, until the virgin birth. Back to the next verse of Isaiah 53.

Isaiah 53:2a For He grew up before Him like a tender shoot, like a root out of dry ground. The term “root out of a dry ground” is exactly a reference to the virgin birth. But that’s not the only place the virgin birth is mentioned. Jeremiah 31:21b For Adonai has created a new thing on earth: a woman surrounds a man. A better translation is the woman will “go around” a man. A woman has a baby without a man. Now that is a “new thing.”

Why do Jewish people struggle with the virgin birth? It seems harder to believe Isaac was born to parents in their ’90s, or even harder to believe that Adam was formed from dirt. Why couldn’t God have a Son, born of a virgin woman? This is good news …

Galatians 4:4-7 But when the fullness of time came, God sent out His Son, born of a woman and born under law – to free those under law, so we might receive adoption as sons. Now because you are sons, God sent the Ruach of His Son into our hearts, who cries out, “Abba! Father!” but a son – and if a son, also an heir through God.