Messianic Judaism – Is That Something New? Rabbi Michael Weiner 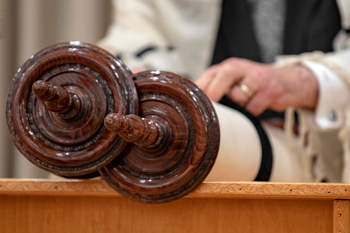 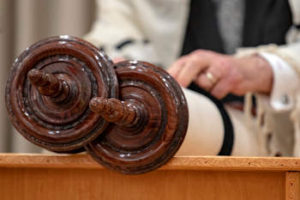 Let me answer the question. By that name and by some standards, yes, Messianic Jewish communities of the modern era began only about 50 years ago. That would be new by most standards. Before the term “Messianic Jewish” became popular, the term “Hebrew Christian” was used. The term “Christian” itself wasn’t used until Acts 11:26. On further analysis, real “Messianic Judaism,” Jewish people who believe in Yeshua HaNazrati, is actually older than Christianity. Yeshua didn’t start a new religion, and neither did Paul or any of the disciples. Then what happened? In Yeshua, the promises of the Hebrew Scriptures are fulfilled; at least the ones connected to the first coming.

Rabbi Trail: Wow! I just did a web search to see if I was spelling “Yeshua HaNazrati” correctly, and the first link suggested was to my own post from six months ago, tikkunamerica.org/blog/wpindex.php?art=21-10-06. Does that make me senile if I now start quoting myself? For the most part I should be on solid ground, because I’m quoting from the Holy Scriptures. End RT.

Yeshua was Jewish. In fact, he was “kosher” Jewish, born to a Jewish mother and circumcised the 8th day. He was even redeemed as is recorded in the Scriptures. Luke 2:22-23 And when the days of their purification were fulfilled, according to the Torah of Moses, they brought Him to Jerusalem to present to Adonai. As it is written in the Torah of Adonai, “Every firstborn male that opens the womb shall be called holy to Adonai.” Ask Simeon if the baby he saw on that occasion was Jewish.

Luke 2:27-33 So in the Ruach, Simeon came into the Temple; and when the parents brought the Child Yeshua to do for Him according to the custom of the Torah, Simeon received Him into his arms and offered a bracha to God, saying, “Now may You let Your servant go in peace, O Sovereign Master, according to Your word. For my eyes have seen Your salvation, which You have prepared in the presence of all peoples: ‘A light for revelation to the nations’ and the glory of Your people Israel.” And His father and mother were marveling at the things that were said about Him.

Not A New Religion

His principles line up perfectly with our own Messianic Jewish faith with one notable exception. It is only the first part of number 3 that is at issue. The Chabad link above puts it like this, “3. The belief in G-d’s non-corporeality ….” The Rambam said, “God cannot have a body.” He said that to disavow Messianic Judaism and Christianity.

Why can’t God have a body if He wants one? Hey Rambam, are you going to tell God He can’t have a body? Who visited Abraham and Sarah? Who wrestled with Jacob, and many other such “bodily appearances in the Hebrew Scriptures? In Hebrew there are many places that the “messenger of the Lord appeared,” but then suddenly, the “messenger” becomes the Lord, Himself. The Hebrew is unmistakeable regarding this.

Just last week, the current USA administration has made several decisions that are adverse to the interests of our ally, the nation of Israel. These include negotiations on the Iran nuclear deal and funding the publications of reports on Israel’s (so called) human rights abuses against Palestinians. Sometimes, protecting Jewish citizens from real threats isn’t pretty, but to make it a crime to do so is just wrong.

I’m not writing these things to make a political statement, but a theological one. Jewish people have only one “friend” in the world.

Rabbi Trail: I have to put “friend” in quotes, because in the world of diplomacy there are no friends, only allies. Allies are nations whose interest line up with your own. They become allies until those interests no longer line up, and then they are adversaries. End RT.

The one friend of Jewish people and the nation of Israel is Yeshua, Himself, and those who are His followers. Ani Ohev Yisrael V’Gam Yehudim. Translation, “I love Israel and Jewish people.” All the promises to Israel are not yet fulfilled, but they will be. Blind eyes will be opened …

Psalm 14:7 O may He give Israel’s salvation out of Zion! When Adonai restores His captive people, Jacob will rejoice, Israel will be glad!

Revival (life from the dead) in Israel will lead to worldwide revival.

Romans 15:8-11 For I declare that Messiah has become a servant to the circumcised for the sake of God’s truth, in order to confirm the promises given to the patriarchs and for the Gentiles to glorify God for His mercy. As it is written, “For this reason I will give You praise among the Gentiles, and I will sing to Your name.” And again it says, “Rejoice, O Gentiles, with His people.” And again, “Praise Adonai all you Gentiles, and let all the peoples praise Him.”