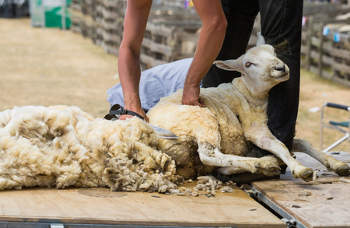 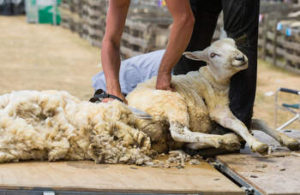 He Opened Not His Mouth

“He did not open His mouth.” (In Hebrew V’Lo Yif’tach Pi’o) This phrase is mentioned twice in just this one verse. Must be significant. Did Isaiah know the Messiah would be silent before both Jewish leaders and Roman leaders on separate occasions?

First, is it true at all? The Scripture bears witness to itself. Matthew 26:62-63a The kohen gadol stood up and said to Yeshua, “Have You no answer? What’s this they’re testifying against You?” But Yeshua kept silent. A profound sadness overwhelms me as I read these words. In this way, Yeshua suffered for me and for you. Yeshua knew that ultimately He was under the authority of neither Caiaphas nor Pilate. He could have saved Himself, but He humbled Himself that we might be exalted together with Him. Matthew 27:13-14 Then Pilate said to Him, “Don’t You hear how many things they testify against you?” Yeshua did not answer, not even one word, so the governor was greatly amazed.

In keeping silent, Yeshua was fulfilling Messianic prophesy from the Psalms. Psalm 38:14-16 But I, like someone deaf, hear nothing, like a mute, not opening his mouth. Yes, I am like one who cannot hear, whose mouth has no arguments. But I wait for You, Adonai – You will answer, O Lord my God. I had to limit myself to just these 3 verses. I like the entire context of the Psalm. I invite you to read it. The context continues in the following Psalm. Psalm 39:2 I said: “I will guard my ways, so I will not sin with my tongue. I will muzzle my mouth while the wicked are before me.” And a few verses later … Psalm 39:10 I am speechless, not opening my mouth – for You have done it.

Yeshua was silent before the Jewish authorities and before the Roman authorities. The “crime” for which He was put to death was posted on the Cross. Matthew 27:37 Over His head they put the charge against Him, which read: “THIS IS YESHUA, THE KING OF THE JEWS. I find peace that Pilate would not change the charge. John 19:21-22 The ruling kohanim of the Judeans were saying to Pilate, “Don’t write, ‘The King of the Jews,’ but that HE SAID, ‘I am King of the Jews.'” “What I have written, I have written,” Pilate answered.

In His death, Yeshua embodied every sacrifice both in the past and in the future. Add them all together and the spiritual weight is nothing close to the weighty (world changing) seriousness (gravity) of Yeshua’s once-for-all-time gift of His body and blood. This is what we celebrate at every communion table, and even more-so on Passover Eve during the Seder. How strange to make a celebration of death. Yet it’s not His death that we celebrate, but His gift to us, that through His death, we are included in the love and presence of God.

John 1:4 In Him was life, and the life was the light of men. And that is exactly what we have today.