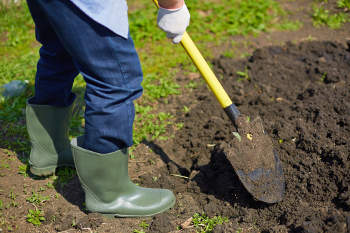 Acts 18:9-10 Now the Lord said to Paul through a vision in the night, “Do not be afraid, but speak and do not be silent! For I am with you and no one shall attack you to harm you – many people in this city are for Me.”

Before Paul received this night vision, his message was rejected in the synagogue. Acts 18:6 But when they (the Jewish people) resisted and reviled him, he shook out his garments and said, “Your blood be upon your own heads – I am clean! From now on, I will go to the Gentiles.” But the next thing that happens is Paul is ministering to a Gentile who lives next to the synagogue, when the leader of the synagogue gets saved. Acts 18:8 Crispus, the synagogue leader, put his faith in the Lord, along with his whole household.

It’s time. We’ve got to leave the kiddie pool and swim in the deep end. The first thing Yeshua said to Simon (who would become Peter) and his brother, Andrew, (both fishermen who would become His disciples) is this … Matthew 4:1 And He said to them, “Follow Me, and I will make you fishers of men.”

Yeshua used fishing analogies throughout His ministry. After finishing the teaching below, Yeshua asked his disiciples, “Have you understood these things?” and they answered, “Yes.” What about us? Have we understood them? Ask yourself this question as you read on …

Matthew 13:47-50 Again, the kingdom of heaven is like a dragnet that was cast into the sea, gathering things of every kind. When it was filled, they pulled it ashore; and they sat down and gathered up the good into containers, but threw the bad away. So it will be at the end of the age. The angels will come forth and separate the wicked from among the righteous and throw them into the fiery furnace; in that place will be weeping and gnashing of teeth.

Have you understood these things? This is not the only place a “great separation” is prophesied by Yeshua. Earlier in this same chapter we find the parable of wheat and weeds beginning in verse 24. It concludes … Matthew 13:30 Let both grow together until the harvest. At harvest time, I will tell the reapers, “First, gather up the weeds and tie them in bundles to burn them up; but gather the wheat into my barn.”

If we put these two parables together, we see how they fit. The “good” wheat will be put into containers in Yeshua’s barn. However; in the “fiery furnace” the wicked will be burned up. We’ve got to see that time is short.