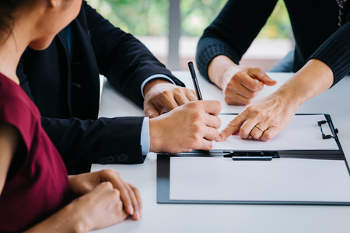 Acts 1:8 And you will be My witnesses.

Yeshua spoke these words, his last words, before His ascension. They are recorded in Acts as part of Yeshua’s answer to the question asked by the Apostles. Acts 1:6 So when they gathered together, they asked Him, “Lord, are You restoring the kingdom to Israel at this time?” Yeshua’s answer is complex.

At the beginning of His response, He removes the “time” part of the question. Acts 1:7 He said to them, “It is not your place to know the times or seasons which the Father has placed under His own control.” Then, He immediately turns to the “restoring the kingdom” part of the question. Acts 1:8a But you will receive power when the Ruach ha-Kodesh has come upon you; …

Rabbi Trail: That “power of the Holy Spirit” happened 10 days later, on Shavuot, as they waited in the Upper Room. It is recorded in Acts 2, which tells the story of the greatest Jewish evangelism day in history. Shavuot is the 50th +day from the resurrection. Yeshua taught them about the kingdom of God in His resurrected state for 40 days. Then He was caught up in the clouds. Ten days later, the Ruach HaKodesh fell with power (on the 50th day). All of this is described in perfect detail in the Bible. You don’t really need me to explain it. But there are aspects of this story that are relevant to our ongoing discussion on Jewish evangelism. End RT.

Acts 1:8b … and you will be My witnesses in Jerusalem, and through all Judah, and Samaria, and to the end of the earth.

“Restoring the kingdom to Israel” has to do with the power of the Holy Spirit. Witnesses provide testimony of their own experiences. Anything else is considered inadmissible (not valid testimony). Acts 1:8 contains two “you will” statements; “you will receive power” and “you will be My witnesses.” They are two sides of the same coin. We receive (experience) power and tell about it (witness).

To be an effective witness, we must be able to tell what happened to us in a way that is easy to understand. There should also be several versions of the story. Not that the story changes, but that there is the short version, the longer version and the expanded and complete version. The short version is the most difficult. In business we call it the “elevator speech.” The idea is this, if you had the full attention of your best customer for 30 seconds (the time it takes to ride an elevator), what would you say? There is no “cookie cutter” answer, but each of us needs one. Every word becomes critical. Let’s work on this over the next few days. That’s an assignment.

In the non-redeemed Jewish mind (if there is such a thing), every person is either one of us, or one of them. This was my thought pattern before I was saved. When I first saw a Bible that contained both the Hebrew Scriptures and the Apostolic writings, it rocked my “us/them” mentality. If I witness as a Jewish person, it is too easy to dismiss me as a traitor to my people. If a non-Jewish person attempts to witness to a Jewish person, it is too easy for a Jewish person to say, “That’s not for Jewish people.” If we go together, that’s a strange sight. Like the burning bush, we are viewed with curiosity and attention. A non-believer might say, “What is this? I’ve never seen this before.”

We need each other to be an effective witness. In a court of law, how much testimony will convince the jury? I heard “coming to faith” described like this. Every non-believer has a glass half full of water. Every positive witness for Yeshua is like a pebble thrown into that glass. We keep “throwing pebbles,” never knowing which pebble will make the water overflow the glass, and the non-believer comes a person whose faith in the Jewish Messiah has made them whole. Oh, happy day!