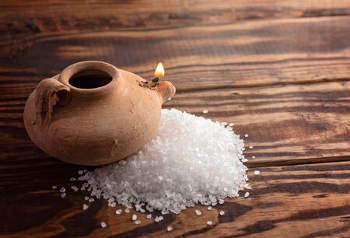 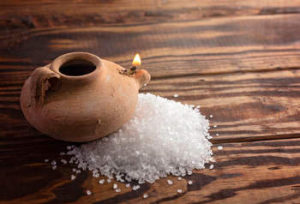 Need we go any further than that? Of course, Yeshua goes on to explain his own statement. But, before we study His explanation, let me offer a few thoughts. This is a metaphor. What does “salt” represent in this metaphor? When salt is added to any food, it adds flavor. When “you” are added to the earth, you make it “tasty” (another metaphor).

Rabbi Trail: God created the world in six days. On the sixth day, He created Adam, placed him in the Garden of Eden and gave him dominion over it. Yeshua’s words are that we are the salt of the earth. We are created to love God, and our love for Him is the “salt” to which Yeshua is referring. End RT.

To whom does the earth become “tasty?” The answer is both God and man. We are made in God’s image. We are created to be like Him. If we are not like Him, then we have lost our “saltiness.” Since God is love, we must love like He loves. We also must appreciate our uniqueness that is His creative power in us. That’s part of our “saltiness” too.

Let’s get rid of the analogies and metaphors for a moment and deal with some straight talk. Yeshua is speaking about the greatest and second commandments: to love God and love each other. He is saying that we (His people) make the world (and everything in it) acceptable both to Him and to ourselves. With us in it, the world is desirable to God. Without us in it, loving God, both we and the earth are useless.

That brings us to the warning which follows. Yeshua warns us that if we become “unsalty,” we will become useless, but let’s leave that until next time.