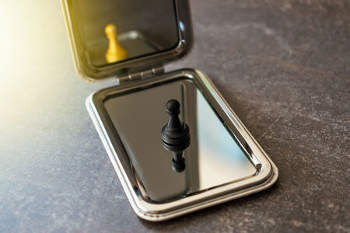 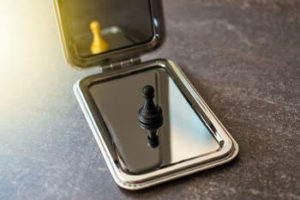 Matthew 5:8 Blessed are the pure in heart, for they shall see God.

Rabbi Trail: Some rabbis want to “throw us ‘Messianics’ a bone.” (I have to put “Messianics” in quotes because everyone who believes in any promised Messiah is really a “Messianic.”) Many rabbis believe the Lubavitcher Rebbe, Menachem Mendel Schneerson, is the promised Messiah. I find that ironic (they’ve got it wrong while thinking we’ve got it wrong). I’ve been studying irony lately.

I’ve heard rabbis say things like, “You’re really not such bad guys (referring to being Messianic Jewish). Why do you have to stick Yeshua into everything?” Why? That’s exactly what I want to write about today. Hint: It is through Yeshua that we see God. End RT.

Let’s build on what we started last time. What does it mean to see God? Yeshua talked about seeing God … John 14:7 If you have come to know Me, you will know My Father also. From now on, you do know Him and have seen Him. This went over the heads of the Apostles. Philip responded … John 14:8 Philip said to Him, “Master, show us the Father, and it is enough for us.” Paraphrasing Philip, “If we could only see the Father, then ‘Dayenu!'” (I’m borrowing from the Passover song.)

This brings to mind the old saying: like father, like son. In another place, Yeshua put it like this … John 5:30 I can do nothing on My own. Just as I hear, I judge; and My judgment is just, for I do not seek My own will, but the will of the One who sent Me.

Actually, the set up verse of John 14 says it all … John 14:6 Yeshua said to him, “I am the way, the truth, and the life! No one comes to the Father except through Me.” This really seems to “stick in the craw” of universalists, who believe there are many roads that lead to eternity in the presence of God. That belief is contrary to Scripture. We all want to see God, but only those whose hearts are made pure (clean, clear, white as snow) by the Word (Who is Yeshua) will inherit the promise to experience God.

It has been said, “Seeing is believing,” but I tell you that “Believing” has to come first. John 5:24 Amen, amen I tell you, whoever hears My word and trusts the One who sent Me has eternal life. He does not come into judgment, but has passed over from death into life.” Seems to me that it all fits together quite well. Receive the Son and you will “see” the Father through the Son.