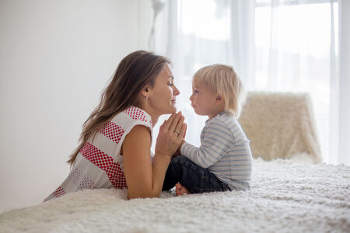 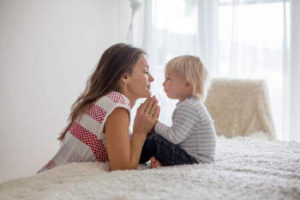 Matthew 5:9 ‘Blessed are the peacemakers, for they shall be called sons of God.

Today we answer the question we ended with last time. What does it mean to be called ‘sons of God?’ First of all, the biblical term ‘son’ applies equally to male and female. Sons of God are those who have the nature of God, our Father in heaven. Becoming a ‘son’ is the direct result of being born again.

Romans 8:16 The Ruach Himself bears witness with our spirit that we are children of God.

John 1:12 But whoever did receive Him, those trusting in His name, to these He gave the right to become children of God.

We have Yeshua as our perfect example of this reality. Matthew 3:16-17 After being immersed, Yeshua rose up out of the water; and behold, the heavens were opened to Him, and He saw the Ruach Elohim descending like a dove and coming upon Him. And behold, a voice from the heavens said, ‘This is My Son, whom I love; with Him I am well pleased!’

Let’s ‘change gears” for a moment. It’s one thing to be ‘called’ a child of God …

Rabbi Trail: Remember, children reflect the character of their family. It’s okay to bring correction to a child when necessary. You might say something like, ‘People in our family don’t act that way,’ thus giving an opportunity for repentance.

The Scripture commands that we teach by repetition. When we pray the Shema, the word shinantam, which is translated ‘teach’ doesn’t really mean teach at all. It comes from the Hebrew word for teeth (shinayim) which connotes repetition, because there are many teeth (sort of repeating each other).

All that to say, it’s okay if we have to correct children more than once. They’re children. Their immature minds and personalities are not completely formed. The formation takes place by repetition. Remember, we’re all ‘under His loving command.’ End RT.

… It’s another thing to BE a reflection of the personality of the Father. Colossians 3:10 and have put on the new self that is being renewed in knowledge, according to the image of the One who created him.

What is impossible for God? God cannot lie! (Hebrews 6:18) So, when God calls you His child, you are! Also, God’s spoken word has creative power. After all, He spoke the world into existence. Therefore; when God says you belong to Him, believe it.

Isaiah 43:1-3a But now, thus says Adonai – the One who created you, O Jacob, the One who formed you, O Israel: ‘Fear not, for I have redeemed you, I have called you by name, you are Mine. When you pass through the waters, I will be with you, or through the rivers, they will not overflow you. When you walk through the fire, you will not be burned, nor will the flame burn you. For I am Adonai your God, the Holy One of Israel, your Savior.’

Let’s walk in the light of the Lord.