May the Force be With You Rabbi Michael Weiner 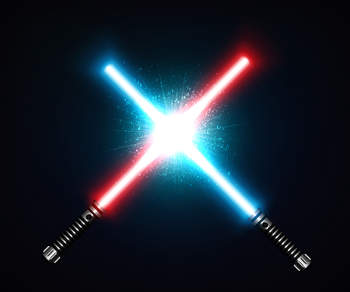 Very rarely have I sat down to write the RR with nothing particular in mind, but today is exactly such a day. I sat and sat until this verse came to mind.

Romans 12:2 Do not be conformed to this world but be transformed by the renewing of your mind, so that you may discern what is the will of God – what is good and acceptable and perfect.

I’m going to deal with this particular verse in detail, but before I do, let’s offer some context. Paul doesn’t just write Romans 12:2 in a vacuum. It doesn’t appear out of nowhere. What precedes Romans 12 is the 11 previous chapters. However; I want to highlight the previous six chapters which are broken into two sections.

First, Romans 6, 7 and 8 are a treatise on holy living. If you’re ever struggling with sin in your life, read these 3 chapters repeatedly until you are the overcomer you were created to be.

Secondly, Romans 9, 10, and 11 speak to the value of Messianic Judaism in the body of Messiah. Is Paul making demands (as some would propose) that everyone become Messianic Jewish? Quite the contrary. He was, however; addressing an error which was already manifest. That error was and is to think that followers of Yeshua can somehow divorce themselves from the covenant of Abraham and Moses to which Yeshua’s New Covenant is connected.

Having made those two points clearly, that we must live free from sin, and we must value the Jewish and non-Jewish parts of the body, we are now ready know what is the will of God – that which is “good, acceptable and perfect.” He starts with an admonition/warning, “Do be conformed to this world.”

By every measure, we, the people of God, are not doing well. In fact, you could easily make the case we’re losing the battle. But take heart, God has already written the end of the story. The part of His story that is already history is a series of episodes of God, time and again, delivering His people against all odds.

Think about it. Abraham and Sarah were in their nineties when they had their only son, Isaac. Moses and the children of Israel had their backs to the Red Sea and Pharaoh’s chariots were headed right toward them. David was anointed as King of Israel but was hiding in caves for years because his father-in-law, King Saul, had vowed to kill him. And there are many more.

The answer for us is in the next phrase of Romans 12:2, “… be transformed by the renewing of your mind …” How do we do that? According to Ephesians 5:26, Yeshua washes us through immersion in the Word. The world is at war for our minds. The only way to “win that war” is to put more of the Word of God into our minds and less of the World. Mass media, social media, Hollywood and all worldly influence, is against us. Spend less time in that “field” and more time, energy and effort in God’s “field of wheat.” His word is the bread of life. Let’s link the following Scriptures …

John 1:14 And the Word became flesh and tabernacled among us. We looked upon His glory, the glory of the one and only from the Father, full of grace and truth.

John 7:37-38 On the last and greatest day of the Feast, Yeshua stood up and cried out loudly, “If anyone is thirsty, let him come to Me and drink. Whoever believes in Me, as the Scripture says, ‘out of his innermost being will flow rivers of living water.'”

There is so much more we can say. But this is how we begin to know the will of God. We will not win the battle unless we stand firm, clearly knowing what is “good, acceptable and perfect.” Gives another meaning to, “May the force be with you.”