Rediscovering the Depths of the Gospel of the Kingdom Richard Cleary 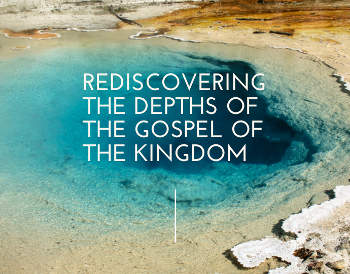 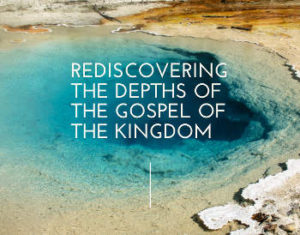 Now, more than ever, we need to rediscover the depths of the Gospel of the Kingdom of God. It will be worth it, leading to a deeper intimacy with God and the transformation of our lives. Such intimacy produces more of Yeshua’s kingdom ministry within our midst, and healthier and more fruitful relational congregations that are full of joy and love.

The goals of the Gospel of the Kingdom were prefigured in the Garden.

The Father made everything through His Son and by the Spirit. Humankind, as male and female image-bearers were placed in the Garden to enjoy the pleasure of His Presence. From intimate, joyful, loyal relationships, they were meant to represent, reflect, and rule with God as stewards of Creation. This beginning thus reveals our destination.

The Fall didn’t change God’s Plan for the Kingdom.

However, sin brought in a relational division between God and humanity, thus exiling Adam and Eve from their home in Eden, where Heaven was united with Earth. Death, sickness, and disease came into the world through sin as Satan began to ravage God’s world, thus amplifying human sinfulness to increase evil, suffering, and pain. Yet God promised that a seed of the Woman would come and would crush the head of the serpent and restore all things that were lost. What was lost, would ultimately be restored. If we don’t know what was lost, we won’t know what the Gospel promises to restore.