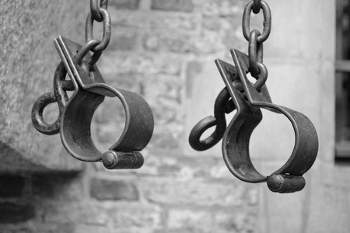 Leviticus 11:1-2 Adonai spoke to Moses and to Aaron, saying to them, “Speak to Bnei-Yisrael, saying: These are the living things which you may eat among all the animals that are on the earth.”

To eat or not to eat, that is the question. I’m not Shakespeare, just borrowing from Hamlet. No pun intended. Get it, HAMlet? Who is this Scripture intended to bless? Was it only the children of Israel? God spoke a lot of other things to Moses and Aaron that are for the whole world to this day, yet this is somehow dismissed as being for another time, and if you’re gentile, another people. Just few thoughts. We’ll come back to it another time.

Many years ago, I’m eating lunch at O’Charlie’s with a couple of dear friends who are dedicated Presbyterians (but they could have been any “flavor” of Christianity). As we order, they noticed that I ask to have my hamburger without the (obligatory) bacon. This leads to a discussion on the value of kashrut (Levitical dietary laws).

I thought that was the end of it, but after lunch, they follow me into the parking lot and stop me before I can get in my car to drive away. They express their concern for my salvation, saying, “You must not really be saved if you’re still focused on keeping the law.”

I love their concern for my salvation, but their approach was strange even to this day. Being saved is a calling to become an ambassador for Messiah. This means we are to act in every situation as He would act. WWYD, “What Would Yeshua Do?” A foreign ambassador of the United States serves at the pleasure of the President and acts as his representative in an official capacity. So it is with us in the kingdom of God.

Where am I going with all of this? I have two Scriptures in mind. They seem to oppose each other, but on careful examination, they really are consistent with one another.

Galatians 5:1 For freedom, Messiah set us free – so stand firm, and do not be burdened by a yoke of slavery again.

But the book of Jacob (James) says that the Torah gives freedom, not slavery … Jacob 2:12 So speak and act as those who will be judged according to a Torah that gives freedom.

Which is it, freedom or slavery? The answer is found in 1 Timothy 1:8 But we know that the Torah is good if one uses it legitimately. God’s righteous standard is a blessing in itself. The yoke of slavery is not the Law (Torah), but when we think that performance of it will bring us into God’s good graces.

Romans 8:15 For you did not receive the spirit of slavery to fall again into fear; rather, you received the Spirit of adoption, by whom we cry, “Abba! Father!”

The rabbis all know, and teach, that to offend (sin) at any point (even once), it is as if one was never obedient at all. To strive for that level of perfection is the burden of slavery. That’s why we need the freedom found in the Spirit of adoption.

By grace we are grafted in as part of God’s family. Servants can be fired for substandard performance. Children are disciplined to teach them how to act like the rest of the family acts. We should always be asking ourselves, “How does the family of God act in this situation.” Grace is a wonderful thing, but it is never an excuse for sin. Grace is the God-given desire and ability to act like part of God’s family.

On that happy thought, may we all enjoy a sweet Shabbat full of the shalom of God, by the grace offered to the family of God. In Yeshua’s name. Amen.