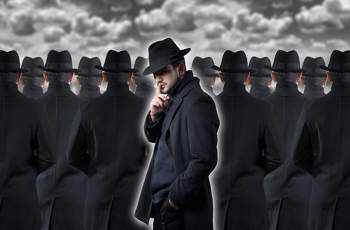 Why don’t the rabbis believe Yeshua of Nazareth is the promised Messiah of God? After all, most scholars agree that there are more than 300 prophesies in the Hebrew Scriptures that Yeshua fulfilled. Two categories of reasons come to mind.

First, they believe much false teaching about the Messiah. For instance, that His coming will bring in a time of “peace on Earth and goodwill toward men.” After all, Isaiah says of the Messiah (Isaiah 9:5(6)) that He will be the Prince of Peace. But since Yeshua of Nazareth lived, we have had war after war, and no peace at all.

Another false teaching is a misunderstanding of the first and second coming. They know about Mashiach Ben Yoseph and Mashiach Ben David, but mistakenly believe there are two Messiahs and not one who comes twice, first as a suffering servant and then as a reigning king.

Besides all the false teaching, there is the false belief that Yeshua was able to fulfill more than 300 Messianic prophesies because of a conspiracy on the part of His disciples. They say things like, “Yeshua was able to enter Jerusalem on a donkey (prophesied in Zechariah 9:9 and fulfilled in Matthew 21:4,5) because the disciples made sure He did.” They also say, “If you want to hit a bullseye every time, shoot the arrow and then paint the target.”

Is our faith in Yeshua of Nazareth the product of a great conspiracy theory? Did all the disciples (save one) die martyrs deaths to perpetuate a lie? Have millions (if not billions) of people come to faith because lies were told 2,000 years ago? I want to answer that question, “No how, no way,” and I offer three chapters of Scripture as evidence.

If you believe this is a conspiracy theory, written by David 3,000 years ago and 1,000 years before Yeshua’s first coming, well, you have much more faith than I. Here are three excerpts from what is today, past, present and future.

Past: Psalm 22:2a My God, my God, why have You forsaken me? (Quoted by Yeshua on the cross.) 17b They pierced my hands and my feet.

Present: Psalm 23:1b Adonai is my shepherd, I shall not want. 3b He guides me in +paths of righteousness for His Name’s sake.

Future: Psalm 24:7-8 Lift up your heads, O gates, and be lifted up, you everlasting doors: that the King of glory may come in. “Who is this King of glory?” Adonai strong and mighty, Adonai mighty in battle!

I know, King David must be in on the conspiracy too. (Please pardon my sarcasm.) Wouldn’t it just be easier to believe the obvious? There are three more chapters of Scripture worthy of mention. Romans 9, 10, and 11 are a revelation of the value of including Jewish people in the family of God. Jewish people need Yeshua too!

Romans 10:9-13 For if you confess with your mouth that Yeshua is Lord, and believe in your heart that God raised Him from the dead, you will be saved. For with the heart it is believed for righteousness, and with the mouth it is confessed for salvation. For the Scripture says, ‘Whoever trusts in Him will not be put to shame.’ For there is no distinction between Jew and Greek, for the same Lord is Lord of all – richly generous to all who call on Him. For “Everyone who calls upon the name of Adonai shall be saved.”

Share the good news. Shout it from the rooftops. God says it’s the truth.