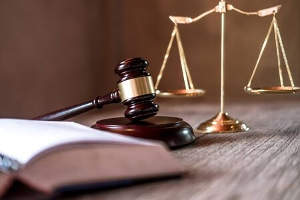 In Exodus 20, verse 16, the Hebrew word for “testimony” is Ayd (Ayin-Dalet) meaning “witness.” The witness can be either the person providing the testimony, or the testimony (spoken word) itself. There is one other meaning of the word. Ayd can also be evidence. In Hebrew, there are no clear lines of distinction between the person offering testimony, the testimony itself, and that the testimony, once offered, is evidence.

Rabbi Trail: What is the Bible? Although there are many ways to break down the contents of the Bible, I want to divide it into 4 parts. The TaNaCH (Hebrew Scriptures/Old Testament) has the first 3 parts. The first 5 Books (of Moses) make up the Torah, ‘T’. “The Prophets” (Nevi’im), generally books named after the subject prophet is part 2. Finally, the 3rd division of the OT is “The Writings” (Ketuvim). These are the rest of the OT books, such as Psalms, Proverbs, Chronicles, Job, Esther, and much more. Then we have the New Testament Scriptures (which can also be divided in many ways), as the 4th major part of Scripture. Together, these 4 parts form a witness, or testimony of God’s character. End RT.

The entire Bible provides us with a testimony (or evidence) of God’s character. We like to think nothing is impossible for God. After all, we think, “Since God is all powerful, He can do all things.” However; that is not entirely true. Hebrews 6:18b … it is impossible for God to lie. Although this is taken out of context, the meaning is not changed. God cannot testify AGAINST Himself. If He did, He would bear false witness.

The Ten Commandments are God’s standard of righteousness for people, but they are also God’s standard of righteousness for Himself. God would never hold His people to a standard to which He would not hold Himself. This should give us great comfort in the consistency of His character. Hebrews 13:8 Yeshua the Messiah is the same yesterday, today, and forever.

Is there anything new in the New Testament? I think not. However; it is a shame we have to quote Balaam on this eternally true statement. Numbers 23:19 God is not a man who lies, or a son of man who changes his mind! Does He speak and then not do it, or promise and not fulfill it? Balaam asks a question that must be answered, so let me answer it. “Of course not. God always does what He says.” Balaam, himself, completes the thought. Numbers 23:21 No misfortune is to be seen in Jacob, and no misery in Israel! Adonai their God is with them – the King’s shout is among them!

This is getting a little long, so I’m going to stop for today and pick it up again next time with a discussion on why the Ark of the Covenant (Joshua 3:6) is also called the Ark of the Testimony (Exodus 25:22).