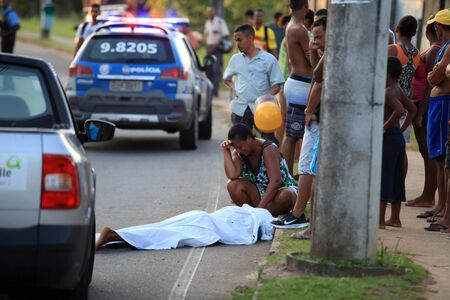 Before I write about the sixth commandment, I want to offer some observations. It seems that the 10 Commandments are a compilation or recapitulation of what has already been stated elsewhere in the Scriptures concerning the wisdom of God. Some of these commandments do appear to be stated for the first time in Exodus 20, but are restated in many of places throughout the Bible. God is commanding us how to live a long, joyous and healthy life. Our heavenly Father wants the best for His children. That really shouldn’t be headline material, should it?

The first four commandments are widely viewed as being commands between God and man, while the last six are viewed as being between man and man. However; when we sin in any way (even against our parents or fellow man), we should see that our sin is primarily against God, Who, in His wisdom, prohibited such behavior.

The Shoresh (root) is Ratzach (Resh-Tzadi-Chet) meaning murder or slay. The Tav is prefixed to indicate second person future “you will.” However; the Lo in front of it means “no” or colloquially, “don’t.” “You will not murder” is the commandment.

Sometimes this is misunderstood as “thou shalt not kill.” This Hebrew word is never used in Scripture in connection with war. It is always by an individual, with or without a weapon and intentionally or accidentally. In cases of accidental murder, there are remedies. Numbers 35 is exhaustive on this subject. It finally comes down to this … Numbers 35:24 the assembly must judge between the manslayer and the avenger of blood according to these regulations. In other words, the community must make a judgment if a death was accidental or intentional.

Obey the Lord, my friends. Stay out of trouble with both God and the authorities. Don’t murder anyone. Yeshua admonishes us not to even get angry, thus avoiding bad behavior due to emotional overload. Matthew 5:21-22 You have heard it was said to those of old, ‘You shall not murder, and whoever commits murder shall be subject to judgment.’ But I tell you that everyone who is angry with his brother shall be subject to judgment.

Mankind did not even pass the first generation before there was a murderer among us. Genesis 4:10 Then He (God) said (to Cain), “What have you done? The voice of your brother’s blood is crying out to Me from the ground.” And God passed judgment on Cain. Genesis 4:11-12 “So now, cursed are you from the ground which opened its mouth to receive your brother’s blood from your hand. As often as you work the ground, it will not yield its crops to you again. You will be a restless wanderer on the earth.” Yet God did not permit anyone to avenge Abel’s blood.

And here again, the answer is love. Murder is not lovely. Love is therefore connected to the sixth commandment.