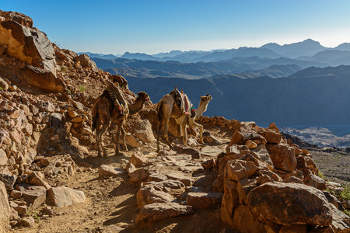 The Decalogue is a combination of 2 Greek words. “Deca” is Greek for “ten”, while “logos” is Greek for “word.” The “Ten Words” is also how we speak of the Ten Commandments in Hebrew. In Hebrew they are the Asarat HaDabrot or Ten Words. Eser is Hebrew for “ten,” while davar is Hebrew for “word.” Today I want to wrap up our discussion of the Ten Commandments, but that may not happen until next time.

These Ten Words or Ten Commandments form a logical progression or narrative that is an excellent start, but was never intended to be all inclusive. God starts by identifying Himself as “I am.” He is the One Who delivered His people. And God is still delivering His people from slavery (to sin) to freedom (in Messiah Yeshua, we are forgiven).

God then tells us to follow Him exclusively as we worship Him alone. We are not to abuse His reputation (take His name in vain). After God lays that groundwork for our relationship with Him, He tells us to keep the Sabbath Day separate as a day of rest. The basis of our relationship with God is that we rest in Him. We honor Him as we set aside our earthly demands. This is not the time to “catch up.” We rest just as He rested from creation. We show our faith that with His help (B’Ezrat HaShem) we can do more in six days than is possible in seven days without His help.

The last five Commandments are prohibitions against acting violently and abusively. We are warned against lying. The last Commandment warns us not to even want (desire) what belongs to someone else. God is laying out a “broad stroke” groundwork for society under His divine command. What would the world look like if God were in control? I’m going to write about that next time, but first, I’ve got these last few thoughts.

We’ve been focused on the Ten Commandments that were written by God on the stone tablets. But that’s not all of God’s commandments. How many are there? It depends on whom you ask. Many people will quickly reply (as they have been taught) that there are 613 Commandments. Let’s take a moment to discuss that number, 613.

The rabbis backed into it, combining some commandments and breaking others apart. The question remains, Why did they want 613? In numerology, the Hebrew letters each have a numerical value. The value of the word Torah is 611. Why then, did the rabbis choose 613 (Taryag)? Because they wanted all of the value of Torah plus 2? Why “plus two?” Because there were 2 commandments (the first 2 of the 10 Commandments) that predated the Torah (“I am the Lord” and “you shall have no other gods”).

I’ve told this story a few times at Shomair over the years. This story about the power of God comes to us from rabbinic literature (sorry, I’m not sure of its origin). One day, the rabbis were discussing the power of God (while enjoying a bit of one-up-manship, for which rabbis are famous). The first rabbi says, “God is so powerful, He only had to say the first commandment, and by His divine power, Moses instantly understood the rest of the 10 Commandments.”

At that thought, all the rabbis had a good laugh, because everyone knows the first word (Anochi) begins with aleph, a silent letter. End RT.

How we obey God is called halacha in Hebrew. It is how we “walk out” our observance. Very importantly, we must acknowledge the presence and power of the Holy Spirit in informing our observance. Next time (as I said before) I’m going to write about what the world would be like if God were in charge. Fun!