What Is the Second Death, And How to Avoid It Rabbui Michael Weiner 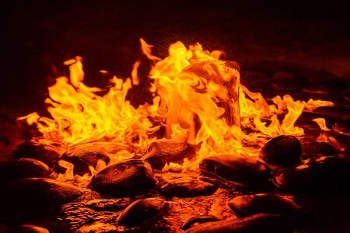 I once heard Asher Intrater say something like (as I remember it), “God heals the physical body so we will believe He can also heal the spirit.” The healing of the spirit is called salvation. I’ve written previously, and taught on many occasions, that for every physical reality there is a greater spiritual reality. Nothing is more physically real than death, but the greater reality is spiritual life.

Henry Wadsworth Longfellow, wrote in the second stanza of his poem, “A Psalm of Life,”

Life is real, life is earnest, and the grave is not its goal.
Dust thou art, to dust returnest, was not spoken of the soul.

The Revelation of Second Death

It is obviously true that every physical body will die a physical death, even after being healed by the Lord. As an aside, none of us are getting out of here alive. Yet the Scriptures speak of a second death that is the greater spiritual reality. Yeshua spoke these words to John the Revelator.

Revelation 21:8 But for the cowardly and faithless and detestable and murderers and sexually immoral and sorcerers and idolaters and all liars – their lot is in the lake that burns with fire and brimstone, which is the second death.

The first death is the death of the body. It is not second death which is spiritual death. However; just because second death is spiritual, it is no less real. In fact, it is even more real because the spirit is greater, and eternal. Yeshua is that greater spirit. 1 John 4:4b … greater is He who is in you than he who is in the world.

I’m writing these things so that we will be encouraged. Although these physical bodies are a terrible nuisance from time to time, (parts wear out) our faith, hope, and love are based on better promises.

Hebrews 8:6 But now Yeshua has obtained a more excellent ministry, insofar as He is the mediator of a better covenant which has been enacted on better promises.

The next chapter offers more detail …

Hebrews 9:11 But when Messiah appeared as Kohen Gadol of the good things that have now come, passing through the greater and more perfect Tent not made with hands (that is to say not of this creation), He entered into the Holies once for all – not by the blood of goats and calves but by His own blood, having obtained eternal redemption.

Our redemption (salvation) means we will be eternally in His presence. Without that blessing, we will be eternally separated from God which is second death. Eternity in the lake of fire is a long time. So, how do we cross over from eternal suffering to eternal blessing? Hint: it requires change. One verse stands out and provides the answer. It sounds so simple, almost too good to be true.

Romans 10:9 For if you confess with your mouth that Yeshua is Lord, and believe in your heart that God raised Him from the dead, you will be saved.

The Lord is calling. If you don’t already know Him, answer Him today, then then seek out those already in His community so that you may grow in the faith.