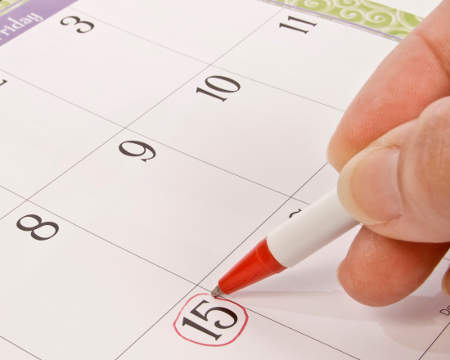 When I was sixteen I worked in a small clothing store. When we closed up, one of my jobs was to stretch a couple of tripwires from wall to wall about 6 inches above the floor. They were dark in color – invisible once the lights were off. Any burglars attempting to rob the store would hit one as they walked, setting off loud alarms and alerting the police.

Congregations have tripwires too. Usually invisible, they are tripped when a touchy subject is raised, often unwittingly and usually to the utter surprise of the person who brought up the subject. I’ll give a few simple examples, but the reality is they are innumerable, and most of us harbor them in one form or another. In a church (or temple, synagogue, etc), they often come clothed in religious garb and are disguised as “holy,” though they are nothing of the sort. We would each do well to free ourselves of their influence.

Years ago our sanctuary was equipped with wooden pews bolted to the floor. They provided a place to sit, but were unpadded, fixed in place, and uncomfortable. We decided to replace them with padded chairs like the ones we have now. These are much more comfortable and can be removed or rearranged as needed – as when we reconfigured the sanctuary with tables for Pesach, Passover. We raised the money and purchased the chairs, and found a new congregation in Indiana that was looking for pews for their warehouse space. We sold the pews at a bargain price – which helped offset the cost of chairs – and they gained instant seating for their startup church. We were both blessed and both happy.

Except for a tripwire. Unbeknownst to us, years earlier one of our families had owned a pew-manufacturing company that went out of business. They were furious with us for buying chairs to replace the pews (the pews were not from their company, by the way), so they left the church, angry and feeling betrayed. Several attempts were made to mediate the rift, but to no avail. They never returned.

Here’s another: In the fall a few years ago, during worship, we announced we were making plans for an intimate, quiet Christmas Eve service. If you’ve been with us for any time at all, you know we regularly talk through the origins of various holidays, Christian and Jewish (and even secular) and try to incorporate what we know into our understanding of worship and discipleship. At times this goes against tradition, at times it affirms tradition, and at times it is neutral about tradition – all depending on whether the main thing Yeshua taught – loving God and others – remains the main thing.

One individual knew the Winter Solstice occurred near the common date for Christmas, December 25, and that this solstice was a day of celebration among many pagan cultures throughout history and even today. Many believe the Roman Catholic Church chose December 25 to celebrate the birth of Jesus as a way to co-opt the centuries of pagan celebrations in countries that had converted (or were converting) to Christianity. This might be true in part, but the history is much more complex, and as it turns out there is a substantive  historical study that shows this actually could have been the  approximate time of Jesus’ birth. But in spite of some fervent assertions about the Feast of Trumpets or Sukkot, no one actually knows the exact date.

We regularly teach and study this historical, theological and scriptural background all throughout the year. It is part of how we mature in our faith: recognizing there can be areas of disagreement and misunderstanding about historical and even theological issues, and yet we are covenanted to remain close brothers and sisters in Messiah as we learn. We don’t let ourselves, or “facts” we have been taught, become a tripwire to destroy the unity Jesus prayed for so passionately (John 17).

The tripwire for this one individual was the belief that Christmas was a pagan holiday. In spite of the teaching we had done on holidays and traditions, and that we would continue to do about Christmas and its history, the very minute we announced a Christmas Eve service, this person stood up (in the middle of a service) and angrily stomped out, never to return. All attempts at reaching out were rebuffed.

Another: When we began teaching about the Jewish roots of the faith and the biblical holidays in the Tanach, another family left and accused us of attempting to “drag us back under the law.”

I could easily cite a dozen more. Clearly these tripwires are a successful strategy of the Enemy to divide us. Find something, anything, to get really angry or offended about, and we’re divided! And often, then, a hard shell of self-righteousness prevents any conversation or reconciliation. It is truly the bait of Satan. And I confess that it really breaks my heart when I see it succeed.

So … let me frame all of this questioning, struggle and consternation within a wider perspective:

To be crystal clear, I do not believe Judaism worships the Babylonian gods, even though it adopted the Babylonian month names, and uses them to this day.

Nor do I believe Christians, or secular people, worship the Roman gods or emperors, even though many of our months are named for them.

Nor do I believe any of us worship the Norse gods even though the days of the week are named after them.

And to be even clearer: Those gods do not exist. None of them.

Applying this to our congregation, and our covenant with each other: Let’s not let our knowledge of the history of religions, and how the remnants of it persist in our language (and there is FAR MORE than what is detailed above!) ever be allowed to harm the covenant we have with each other and with our Messiah. We must walk together in unity, that the love of Yeshua might exceed all divisions. And whether you call him Yeshua or Jesus!

For myself, I will normatively refer to the Passover or Pesach, the Crucifixion and Good Friday, the Shabbat (Holy Saturday) when Messiah was in the tomb (and I sit shiva), and the day of his Resurrection (Sunday), when He was the first fruit from the dead on the celebration of First Fruits. I might occasionally call it Easter, and I know that millions of Christians call the day of Jesus’ Resurrection “Easter” without worshiping the vernal equinox and the goddess Oester from Anglo-Saxon England (or the German equivalent Ostara) – or even knowing about it at all!

I pray that our faith is mature enough to abide such knowledge without allowing it to be a tripwire that explodes us apart from one another. How much better it is, and will be, to understand and teach ALL of these histories above, without being offended by those who do not yet know, or who do not care.

May our shalom in Messiah be unmitigated by the false gods who are nothing.

Those who might be interested in delving more deeply into some of this history might enjoy “The Names of the Assyro-Babylonian Months and Their Regents, Journal of Biblical Literature Vol. 11, No. 2 (1892), pp. 160-176.