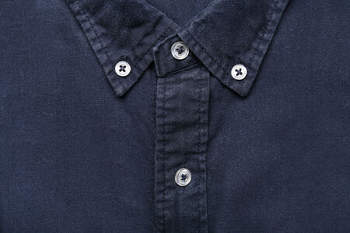 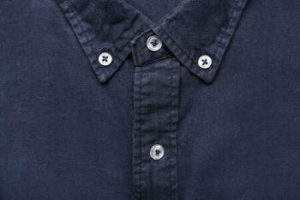 Matthew 5:20 For I tell you that unless your righteousness exceeds that of the Pharisees and Torah scholars, you shall never enter the kingdom of heaven!

Yeshua is about to explain what he means by this verse. The next few verses go into great detail, as He explains what He means by righteousness that “exceeds.” But, before He does, let me give it a try.

To get us started, let’s ask a question. What is sin? Everyone has an opinion on the answer to that question. We are asking the question in order to contrast righteousness with sin. If we can agree on what sin is, we have a better chance of agreeing on what its opposite, righteousness, is. The Scriptures answer our question in plain text (I’m turning to the Amplified Bible here) …

1 John 3:4 Everyone who practices sin also practices lawlessness; and sin is lawlessness [ignoring God’s law by action or neglect or by tolerating wrongdoing – being unrestrained by His commands and His will].

“By action or neglect” means sins of commission (action) and sins by omission (neglect). Sin can be what you do that violates God’s law, and sin can be what you do not do that violates God’s law. Many people (especially lost people) are unclear about this. They think that sin is anything that makes them feel bad or guilty. The Scriptures address such people.

1 Timothy 4:1-2 Now the Ruach clearly says that in later times some will fall away from the faith, following deceitful spirits and teachings of demons through the hypocrisy of false speakers – whose own conscience has been seared.

When someone has their “conscience seared” they are not sensitive to guilt. What used to make them feel bad, no longer makes them feel bad. Their feelings are confirmed in opinions, and everyone has an opinion. My point would be that opinions don’t count when it comes to God. No one votes in the kingdom of heaven, aka, the kingdom of God. The only opinion that counts is God’s, and God’s opinion is not an opinion, it’s the Torah. God’s law sets the parameters (fences or boundaries) of all righteousness.

The important “take away” from this discourse (the reason I brought it up) is this … Romans 3:23 for all have sinned and fall short of the glory of God. Are you tired of me quoting the New Testament? Okay then, let’s turn to the Hebrew Scriptures … Isaiah 64:5(6) For all of us have become like one who is unclean, and all our righteousness is like a filthy garment, and all of us wither like a leaf, and our iniquities carry us away, like the wind.

Our only hope is actually explained in the next few verses of Romans 3. Romans 3:24-26 They are set right as a gift of His grace, through the redemption that is in Messiah Yeshua. God set forth Yeshua as an atonement, through faith in His blood, to show His righteousness in passing over sins already committed. Through God’s forbearance, He demonstrates His righteousness at the present time – that He Himself is just and also the justifier of the one who puts his trust in Yeshua.

This is like the top button of a shirt. Get this one right and all the rest line up perfectly. Notwithstanding Asher’s book by the same title, the “alignment” described in these verses sets us up for a lifetime, no – an eternity, of the fruit of the spirit (see Galatians 5:22-24). But let’s close today with one of my favorite Torah verses.

Deuteronomy 4:40 You must keep His statutes and His mitzvot, which I am commanding you today, so that it may go well with you and with your children after you, and so that you may prolong your days in the land that Adonai your God is giving you for all time.

We’ve got a problem! That problem is separation from God caused by rebellion. We inherited that problem from Adam, and therefore, we can’t fix it ourselves. We need salvation through God’s grace to end the rebellion. We are in a war of rebellion against God. Only through Yeshua will we be victorious. Only in Him, and not in ourselves, will we enter the kingdom of heaven.