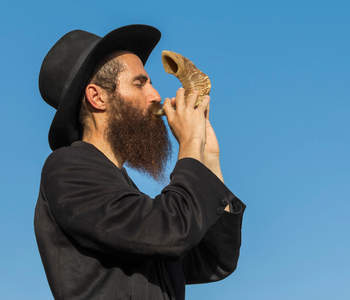 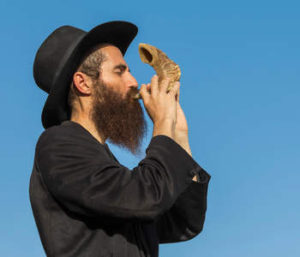 I’ve been wanting to write this testimony to you since last Friday. It’s personal, but I want to share it with you. It’s a story of answered prayer and how God used the first Messianic Rabbi I ever met, David Chansky, to win me to Himself.

Today, David is hospitalized following a stroke a few weeks ago. He is suffering in many ways but is asking for prayer for healing. Please join me in this. Last Friday, Jan, Scott Moore and I were all able to pray over David while his daughter held the phone. Scott and I were shamashim (deacons) for 10 years at David’s congregation, Ohev Yisrael, before David and I both moved our families to Israel and Scott became the rabbi at Ohev.

There are so many Scriptures to prove God answers prayer. However; His answers don’t always meet our expectations.

Psalm 37:4-5 Delight yourself in Adonai, and He will give you the requests of your heart. Commit your way to Adonai. Trust in Him, and He will do it.

Specifically, God’s perspective is eternal. Sometimes He answers prayer generationally when we are looking for immediate results. This is the essence of my testimony. In 1955, David Chansky was a 20 year old kid serving the United Staes Air Force in Alaska. I think he was part of NORAD, taking turns with other airmen, watching to give advance notification if Russia should launch any missiles in our direction.

Rabbi Trail: David had grown up in an orthodox Jewish home in the Mattapan area of Roxbury, Mass., at the time a very Jewish suburb of Boston. My own father’s family was from there too. The center of Jewish life in Mattapan was Blue Hill Avenue, with many Jewish owned shops and stores. I got my first haircut in a barber shop on Blue Hill Avenue.

While on duty in Alaska, some Jehovah’s witnesses did what JW’s do and began to witness to David, challenging him to investigate the Scriptures. Miraculously, God revealed Himself to David in a dream that had three parts. They later all came true, and David became a follower of the Lord, not the Jehovah’s Witness false beliefs, but true Christianity.

Rabbi’s note: There is much more to this part of the story, but that is David’s testimony for him to tell. If I find a copy, I’ll share it with you. End RN.

Sadly, his family disowned him for following Yeshua, so when he left the military he had no money and no place to live. He met a Baptist man in church who had some room, so David moved in with him. Together they would prayer walk the Jewish owned businesses in a nearby Jewish area of Boston, Quincy Square, where my father’s father (my grandfather) owned Sher Drugs (he was a pharmacist). Together they would go into the pharmacy and pray for my grandfather who was working behind the counter.

Rabbi’s note: You might be wondering how I know all of this. I’ll tell you at the end of the story. End RN.

Now, let’s fast forward 27 years to 1982. It’s Yom Kippur morning. I had been to a Kol Nidre service at a synagogue in Springfield, Virginia, the night before. The synagogue is still there today, but 1982 was their first year and they were using the sanctuary of Messiah Methodist on Rolling Road. I had gotten some tickets to attend. As we arrived home from that evening service, the phone on the kitchen wall was ringing. It was a business associate, Mark Diamond, inviting my family to go with him to his Messianic Yom Kippur service the next morning at a congregation named Ohev Yisrael (I love Israel). At the time, Ohev was meeting in Tyson’s Corner, Virginia. I said, “Yes.”

Here’s the punchline … 27 years after David Chansky prayed for my grandfather, God answered those prayers. I walked in to David’s congregation, with my family on Yom Kippur morning as a non-believer. That afternoon we sat together while David explained the plan of salvation. It was the first time I ever heard anything like that. However; I didn’t accept the Lord that day. After all, I needed to investigate.

When the holidays were over, probably around November, we did accept the invitation to follow Yeshua. Mark Diamond was there to lead us in the sinner’s prayer, but he added a prayer. He prayed that we would continue to value our Jewish heritage AS followers of Yeshua. We did, and we have, and we are.