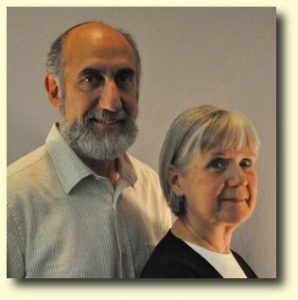 Rabbi Emeritus of Beth Am Messiah

Embracing his calling as Congregational Leader of Beth Am Messiah, Jack moved forward with a godly mandate to diligently pursue the building of long-term relationships with the local churches. Since then, God has greatly blessed the bond of unity between Beth Am Messiah and the local churches. The wonderful fruit of this unity is what motivated him to want to write the “Becoming One Bible Study”. Jack and Kate have a heart’s desire to facilitate the coming together of Jew and Gentile in the “one new man” throughout the world; wherever there are local messianic congregations and churches.

Among Jack’s greatest blessings were seeing his mother, father and brother come to faith in Yeshua HaMashiach; they have since all gone home to be with the Lord. Jack’s wife, Kate, and their four children (Caitlin, Dan, Sarah and Ariel), along with Ruben and Casey, their son-in-law and daughter-in-law, all have Messiah Yeshua in their hearts, and, his two little granddaughters (Noelia and Claire), are his most precious blessings.