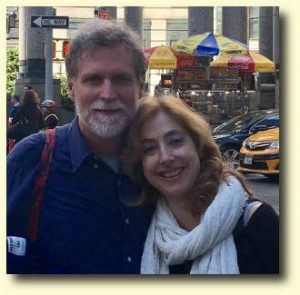 Rabbi Ron has been an ordained Messianic Rabbi for the past 20 years or more, after being ordained to the ministry in 1987 at Baruch HaShem Messianic Congregation in Dallas, Texas. He is a graduate of Christ for the Nations and is currently enrolled in graduate studies toward a Masters Degree from Talbot Theological Seminary at the Feinberg Center for Messianic Jewish Studies in NYC.

He planted Shaarei HaShamayim in 1988 together with his first wife Marcia, who was active by his side in the work of the congregation until her calling to the Kingdom of G-d in June of 2016. Aside from being a gifted teacher, Ron is a psalmist and has written many songs from the Scriptures. He is very gifted in leading the mishpochah in praise and worship unto Adonai.