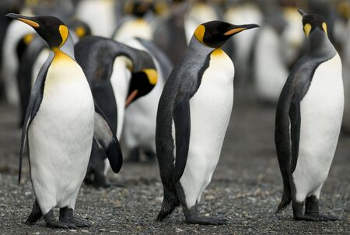 I’m looking for Scriptures to encourage us in Jewish evangelism. Specifically, I’m looking in Isaiah, but in a random (rather than systematic) way. I forget now what led me to Isaiah, chapter 56. It could have been a commentary I read recently.

Isaiah 56:1 Thus says Adonai: “Preserve justice, do righteousness. For My salvation is about to come, and My righteousness to be revealed.

The entire chapter has two other themes, the ingathering of people from outside the children of Israel and the misbehavior of watchmen. But in this first verse, there is evidence of Yeshua’s ministry to His own people. In the Hebrew, Yeshua (Salvation) is coming close.

Psalm 2:12 Kiss the Son, lest He become angry, and you perish along your way – since His wrath may flare up suddenly. Happy is everyone taking refuge in Him!

And what “Son” is that? Psalm 2:11 Serve Adonai with fear, and rejoice with trembling. You may have always thought (as did I) that Adonai is a name for God the Father. Asher Intrater, in his book, “Who Ate Lunch With Abraham” provides compelling evidence from the Hebrew text that Adonai is, in fact, a Hebrew name for Yeshua.

Isaiah chapter 56 verse 1 ends with, “My righteousness to be revealed (uncovered).” Is “My righteousness” a thing or a name? Jeremiah 23:6 In His days Judah will be saved, and Israel will dwell in safely; and this is His Name by which He will be called: Adonai our righteousness. Who will save Judah and make Israel dwell in safety? Yehovah (Adonai) Tzid’ke’nu (with the accent on the second syllable) is another one of Yeshua’s Hebrew names.

I was told as a youth that “Jesus” is not mentioned in the Tanach (Old Testament). In fact, He is mentioned on practically every page. Something just occurred to me. The idea that sins could be removed without a call to replace sinful living with righteous living is non-biblical. Yeshua told the woman caught in adultery, John 8:11b Go, and sin no more.

1 John 1:9a If we confess our sins, He is faithful and righteous to forgive our sins. But that’s only the first half of the verse. 1 John 1:9b and purify us from all unrighteousness. This is God’s call to obedience to His righteous standards (usually called commandments).

Yeshua is calling His people (those who follow Him) to holy living. The rabbis don’t see it, but it is there. It’s not popular in this “seeker friendly” environment in which we find ourselves, but it’s still part of God’s plan for the salvation of the world.