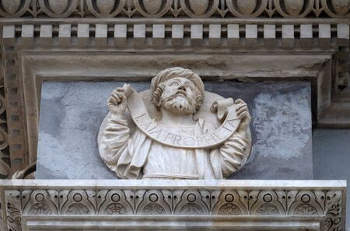 I woke this morning with the Jewish prophet, Isaiah, on my mind. When we share Scripture with Jewish people, we have to use the Hebrew Scriptures. After all, that’s what Yeshua and the Apostles used. Everyone knows the Messianic prophesies of Isaiah 53, but the whole book is Messianic (for that matter, so is the whole Bible). For now, let’s just stick with Isaiah. Although every Jewish prophet understood God’s plan to save mankind by sending His Son, Yeshua, we have to start somewhere. Is there any prophet greater than Isaiah? In particular, I was struck with his humility. That’s evidence of God right there; to be great and humble at the same time is the work of God.

In the vision of Isaiah, the sixth chapter, after telling us when he had the vision, he says … Isaiah 6:1b I saw Adonai sitting on a throne, high and lifted up. Isaiah comes into the presence of God and is immediately struck with his own uncleanness. In his intercessory role, Isaiah repents for the people of Israel. Isaiah 6:5 Then I said: “Oy to me! For I am ruined! For I am a man of unclean lips, and I am dwelling among a people of unclean lips. For my eyes have seen the King, Adonai-Tzva’ot!” Who did Isaiah see? Adonai(YHVH)-Tz’va’ot (the Lord of Hosts) is none other than Yeshua Himself.

Isaiah could not have seen God the Father. God told Moses … Exodus 33:20b You cannot see My face, for no man can see Me and live. So God the Father sent us His Son. Galatians 4:4-5 But when the fullness of time came, God sent out His Son, born of a woman and born under law – to free those under law, so we might receive adoption as sons. We learn more from Paul’s letter to the Colossians 1:15a He is the image of the invisible God.

Now On To Joshua

Isaiah wrote 66 chapters. They correspond (it is really quite amazing) to the 66 books of the Bible. Just right here, the 6th chapter of Isaiah would correspond to the 6th book of the Bible, Joshua. Joshua also spoke with the Lord of Hosts (Commander of the Lord’s army). Joshua 5:13-15 Now it came to pass when Joshua was near Jericho that he lifted up his eyes and looked, and behold, there was a man standing in front of him with his sword drawn in his hand. Joshua approached him and said to him: “Are you for us or for our adversaries?” “Neither,” he said. “Rather, I have now come as commander of Adonai’s army.” Then Joshua fell on his face to the ground and worshipped. Then he asked him, “What is my lord saying to his servant?” Then the commander of Adonai’s army replied to Joshua, “Take your sandal off of your foot, for the place where you are standing is holy.” And Joshua did so.

I’m writing these things because I believe there is abundant evidence in the Hebrew Scriptures of Yeshua. Yeshua ate lunch with Abraham. Yeshua wrestled with Jacob. Yeshua appeared to Joshua. And yes, Yeshua spoke to Isaiah. We don’t have to have blind faith. What has the Lord done for you and how does it line up with Scripture? There is so much to consider, and I want us to consider all of it, but in the words of Scarlett O’Hara, “Tomorrow is another day.”