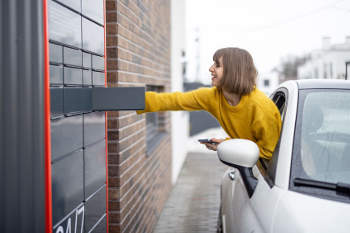 My last post was titled “The Great Separation.” Today’s post could be called “The Great Un-separation.” (I love it when I get to make up words.) However; a better name would be “The Great Ingathering.” There was a great separation in Jerusalem that excluded everyone, Jewish and non-Jewish people. Every day, every person was excluded from fellowship in the presence of God, all year long, with only one exception. The one man, the high priest, could access the “Holiest of all” once a year, on Yom Kippur afternoon, the Avodah Service on the 10th day of the 7th month. Therefore; access to the “Kodesh HaKadashim,” as it is called in Hebrew, (aka “The Holy of Holies”) was totally exclusive. Nadab and Abihu learned that the hard way.

Suddenly The Curtain Was Split

But something happened … Matthew 27:50-51a And Yeshua cried out again with a loud voice and gave up His spirit. And behold (suddenly), the curtain of the Temple was split in two, from top to bottom. That “curtain” was woven, by many accounts, 12 inches thick. The first phenomenon following Yeshua’s crucifixion is the tearing of the veil of separation. This symbolic act is how God demonstrated the end of the separation from fellowship with Him caused by Adamic rebellion.

The opposite of separation is unification. Before Yeshua’s sacrificial death, there was another level of separation. The chosen people were separate from the rest of the nations. In Hebrew, those other nations are called Goyim. This term has taken on negative connotations, but in reality simply refers to anyone not from the nation of Israel.

The book of Ephesians says much about this unification. The two are made one in Yeshua. Ephesians 2:13-14a But now in Messiah Yeshua, you who once were far off have been brought near by the blood of the Messiah. For He is our shalom, the One who made the two into one and broke down the middle wall of separation.

Does it get any better than that? Yes it does! Let me quote a few more verses for you … Ephesians 2:18-19 for through Him we both (Jews and non-Jews) have access to the Father by the same Ruach. So then you are no longer strangers and foreigners (goyim), but you are fellow citizens with God’s people and members of God’s household. That makes me excited.

The Psyche Of Israel

There are historical events that affect the personality of every nation. There have been several such events in the history of the people of Israel. Without reviewing them all, let me focus on the destruction of the Temple. That’s not something we can ever forget. That one event forms the basis for most of our Siddur (Jewish prayer book). We have mourned its destruction and prayed for its restoration for about 2,000 years.

The Scripture commands us to encourage one another. Why? Because increasing trouble is coming to the earth. Do you see this happening today? God’s people need to be resolute in their faith. 1 Thessalonians 4:18 Therefore encourage one another with these words. And what words are those? 1 Thessalonians 4:16-17 For the Lord Himself shall come down from heaven with a commanding shout, with the voice of the archangel and with the blast of God’s shofar, and the dead in Messiah shall rise first. Then we who are alive, who are left behind, will be caught up together with them in the clouds, to meet the Lord in the air – and so we shall always be with the Lord. Our shared destiny is eternity in His presence. Get excited.